Castles Of The North – Minimum 10 Persons

Go on a trip to some of Northern Ireland’s most beautiful and historic castles, minimum group of 10 required to book

This tour is specifically designed for those who prefer to sit back, relax and enjoy the view, with the get out and stretch your legs opportunity at every stop.
Great photo opportunities and historical information.
We have put together a list of six of the most knows, beautiful and historic castles situated throughout the Eastern side of Northern Ireland.

Itinerary;
1: Departing from a location and time of your choice in Belfast we set of on our journey towards Belfast Castle, located in the Cave Hill area of north Belfast. It was built in the 1860s and is one of the city’s most famous landmarks.
For generations, Cave Hill has been synonymous with Belfast, with its imposing outline visible throughout the city. The landmark, named for the five caves located on the side of the cliffs, contains a wealth of natural, archaeological and historical features, including Belfast Castle.
The castle has it’s own tea room, visitor centre and gift shop, with stunning gardens, it’s an ideal stop for a short break before we continue on our journey to the next stop.
* Entry Fee
* Photo Opportunity
* Food/Drink/Giftshop 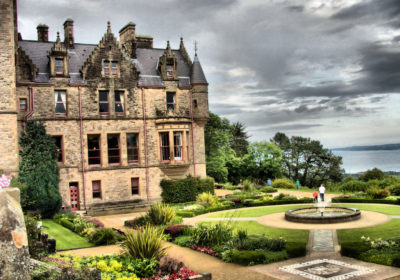 BELFASTCASTLE
Our next Castle is only a short drive north to Carrickfergus Castle, Standing on a rocky spur on the northern shore of Belfast Lough, Carrickfergus Castle dominates all approaches to the town. John de Courcy, the Anglo-Norman baron who conquered much of Ulster, started building it about 1178 and it remained fully garrisoned for 750 years until 1928.
Besieged in turn by the Scots, Irish, English and French, the Castle saw action right up to World War II. Now preserved as one of the best medieval structures in Ireland, it is open to the public and remains an iconic symbol of the town and certainly one of the places to see in Co Antrim.
Ideal for photo stop, there is also an opportunity to explore inside the castle, entry fees apply
* Entry Fee
* Photo Opportunity
* Tea/Coffee Break/Giftshop 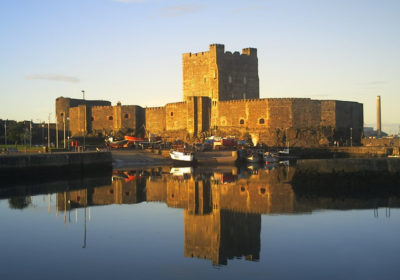 CARRICKCASTLE
Our next stop takes us further up the breathtaking coast road to the beautiful Glenarm Castle, Glenarm Castle is the home of Viscount and Viscountess Dunluce and their family. The present castle has been in the McDonnell family since it was first built in 1636 and has been their primary residence since moving from Dunluce Castle in 1639.
Whilst here, visitors can enjoy beautiful scenery and enchanted walks in the walled garden and Castle trail, excellent locally sourced food in the charming Tea Room and a little bit of retail therapy in their new Castle Shop.
* Entry Fee
* Photo Opportunity
* Food/Drink/Giftshop 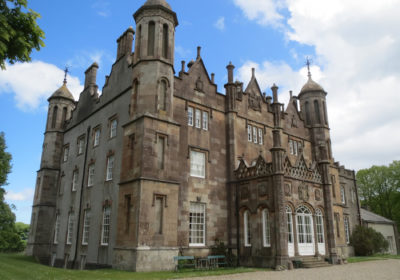 Continuing the journey through time we board the coach and continue taking in the amazing views along the coast roads as we arrive at our next location, Dunluce Castle.
In the 13th century, Richard Óg de Burgh, 2nd Earl of Ulster, built the first castle at Dunluce.
It is first documented in the hands of the McQuillan family in 1513. The earliest features of the castle are two large drum towers about 9 metres (30 ft) in diameter on the eastern side, both relics of a stronghold built here by the McQuillans after they became lords of the Route.
The McQuillans were the Lords of Route from the late 13th century until they were displaced by the MacDonnell after losing two major battles against them during the mid- and late-16th century.
Dunluce Castle is one of the most iconic monuments in Northern Ireland situated as it is rather precariously on the craggy and treacherous Antrim coast.
* Photo Opportunity 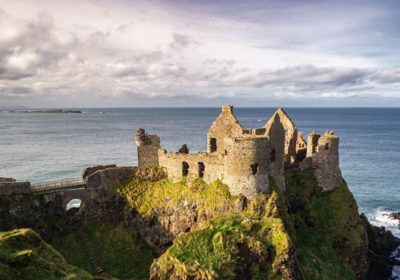 After a lunch break we carry on with a drive to our next location to the western shores of Lough Neagh, where we arrive at Mountjoy Castle, he ruined castle sits on a small hill overlooking the Lough and the village, boasting fine views across the fields to the water’s edge.
Built between 1602 and 1605 Mountjoy Castle is testament to one of many turbulent periods of Irish History. Although located deep in the territory of Hugh O’Neill, the native Irish leader and rebellious opponent of Queen Elizabeth I, the castle was a British construction erected in the wake of a tactical retreat by O’Neillites.
*Photo Opportunity 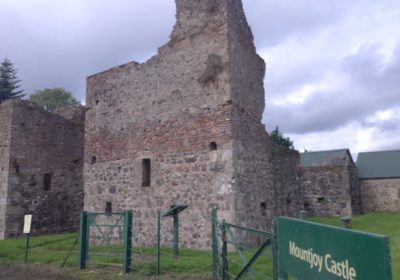 Our next and last stop is a short journey around the lough to the third largest city in Northern Ireland, Lisburn, where we arrive at Hillsborough Castle.
From grand family home to charming royal residence, Hillsborough Castle has welcomed the world and witnessed pivotal chapters in politics.
This splendid late Georgian house, surrounded by 100 acres of glorious gardens, was built in the 1770s by Wills Hill, later 1st Marquess of Downshire. Generations of the Hill family lived here – giving the town its name – until the early 20th century when Hillsborough Castle began to develop the political and royal associations for which it’s famous today.
The castle is the official Northern Ireland residence of HM The Queen. In the 1940s, the then Princess Elizabeth enjoyed family holidays here with her sister Princess Margaret, and she continues to visit and attend official engagements here today.
The Castle is set in 100 acres of breath-taking gardens and offers significant contrasts of woodland, waterways, gardens with trimmed lawns and meadows as well as specimen trees and rare plants.
*Entry Fee
*Photo Opportunity 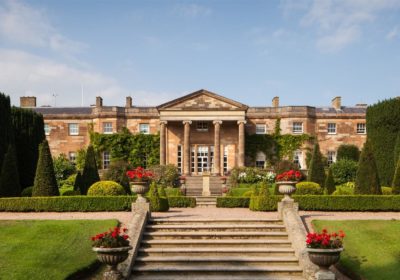 Need a Coach Hire Quote in a Hurry

Fill out the form below to get a free – no obligation quote super fast.